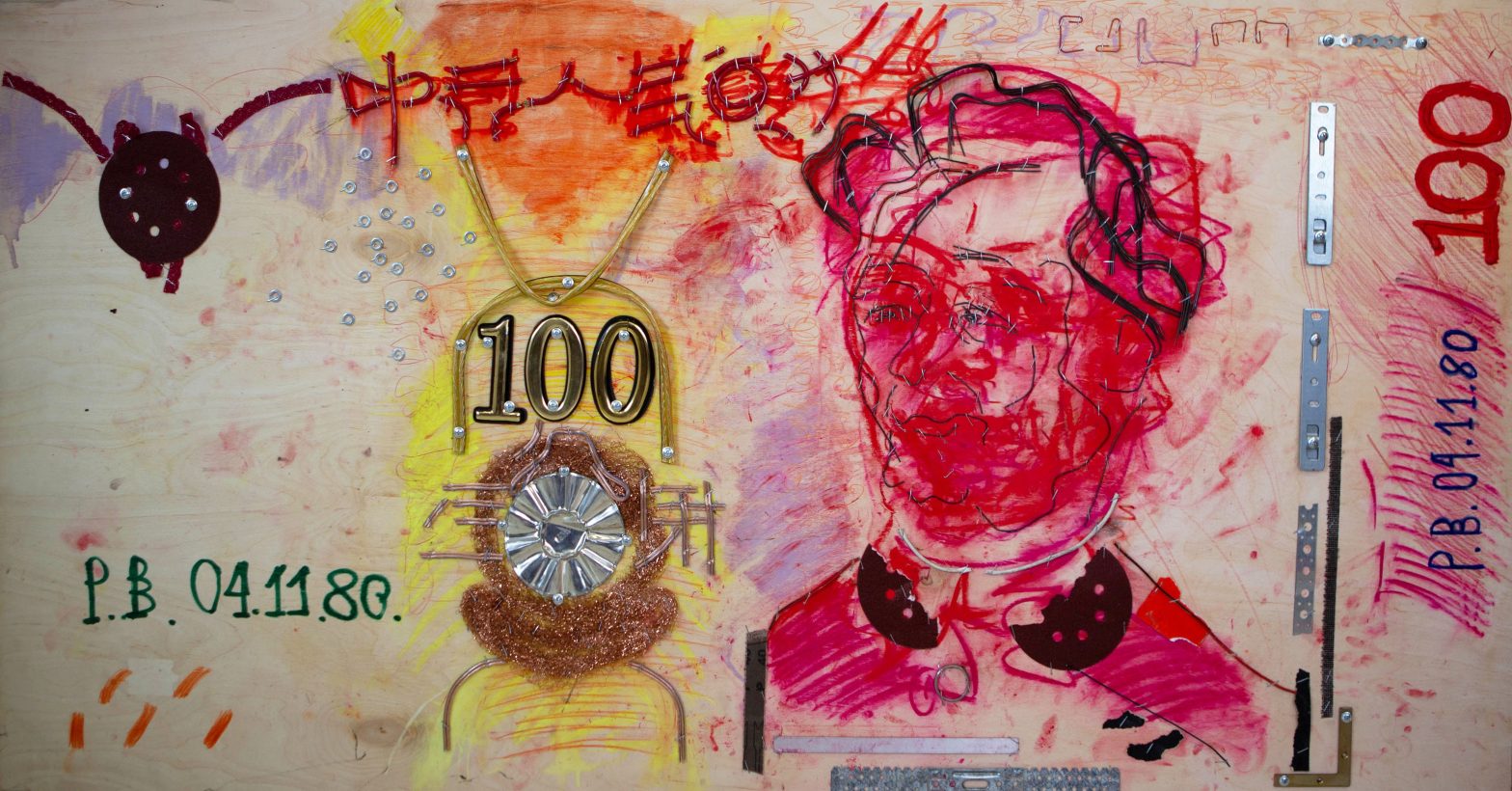 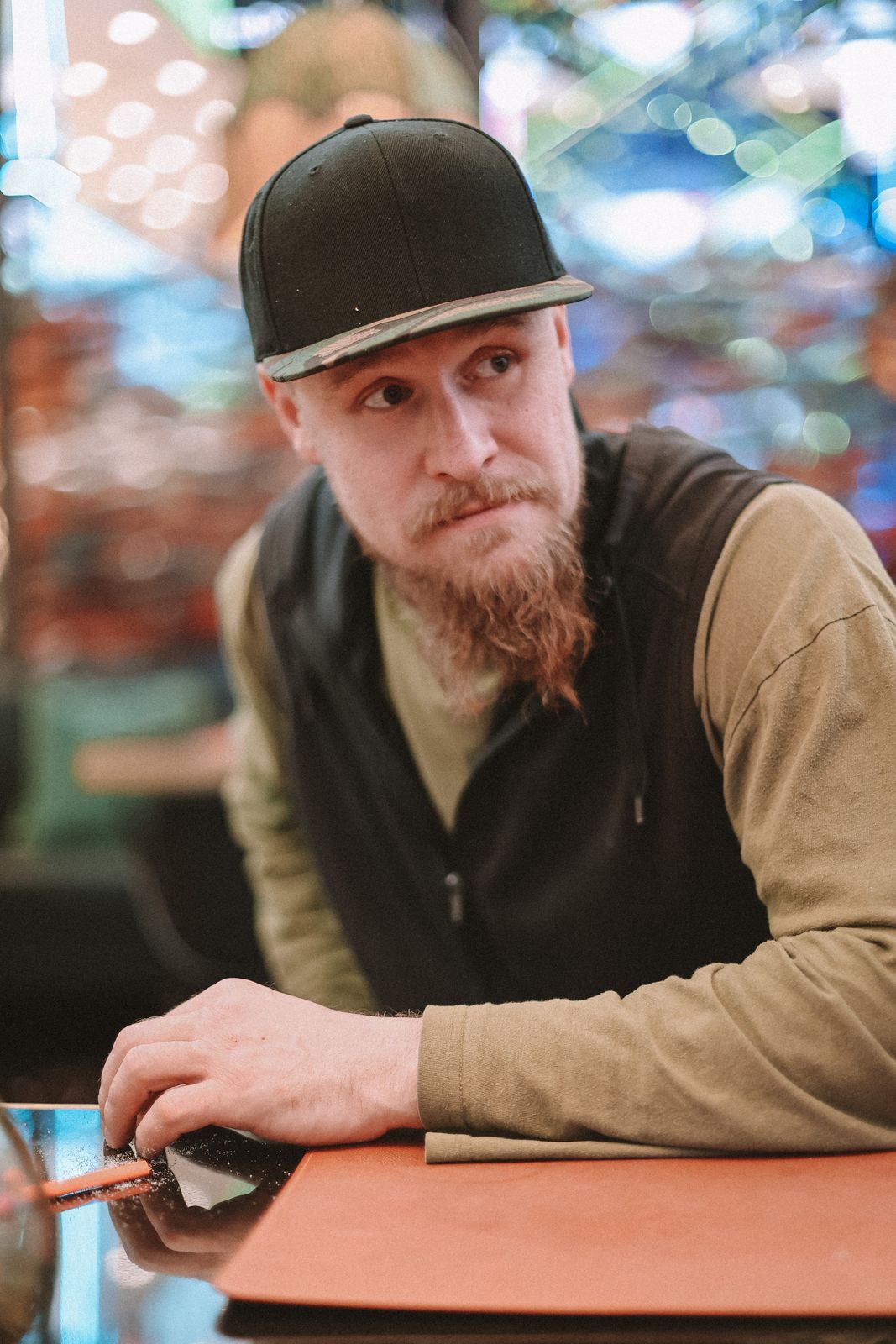 Edition 1 of 1 The work is representation of a collage made on plywood using variety of non-artistic materials originally produced for building, constructing, as well as repair aims, such as metal plates, wires, cables, gears, masking tapes, metal staples, etc. This product will be minted upon sale.

Petr Bystrov, a representative of radical art movements, offers us a view of graffiti as cutting-edge visual culture, as an idiom that lives in continual revolutionary development and registers the critical sore points of social consciousness. Having become artistic reality, the strategic application of graffiti enables a distanced view of the phenomenon by endowing it with self-reflection and intellectualizing its imagery. Bystrov brings to the art scene not only the formal achievements of this art, but also his own relationship to it, by “transmitting” its texts in the conceptualist system, in the plenitude of the deliberate artistic gesture. Bystrov’s creative action begins when he chooses the character and genre of the “slogan,” the setting where it appears, and the context that links the statement to the artistic/social conjuncture.

Bystrov raises the depersonalized protest of street art to the level of sociocultural discourses that are contiguous to forms of revolutionary struggle and maximally congenial to the instrumentality of the underground. The artist returns to handmade broadsides, posters, and manifestos—in the form of slogans—their status as means of communicating ideas and tools for defending their free generation. They accumulate their gravitational mass and form their own zones in which free consciousness removes all taboos by opening the channels of personal utterance. In Bystrov’s artistic system, the slogans of this “new art democracy” acquire their own voice and face; they become subjects capable of defending their own dignity. The artist declares that no compromises are possible: it is only in determinacy that the road to dialogue and social change is opened. By destroying the stereotypes of protest, Bystrov’s slogan becomes not an indexical vector, but a point of return. It witnesses to the fact that it is precisely the energetic forms of art, its “field” formations, that are today capable of encompassing both aesthetic and direct reality. By creating a nonlinear equilibrium of the proclaimed truth, the slogan allows this truth to preserve all its virtues and simultaneously surpass its local limits. Bystrov stresses that historical values are relative: they evolve, shifting their meanings and definitions, ranging from the virtual, dysfunctional “Not Guilty” to the possible realization of a new dictatorship that we detect in “Who’s the Boss Here?” and “Art—The People—The Powers That Be.”

Flickering between art and “real politics,” the artist’s slogans are suspended in the space of culture, in the imagery of the exhibition hall, but physically they continue to insist on their point of view in actual urban space. Their images “stick” to the fictional characters of the patriot and the radical, the liberal and the ideologue, to his mental and social nature, thus inciting a new dialogue by provoking anyone who “discovers” them. As the action is realized, the absolutes of these slogans are leveled in a horizontal projection. They penetrate the viewer’s consciousness, turning him into an accomplice of the action by re-enacting the “society of the spectacle.”” 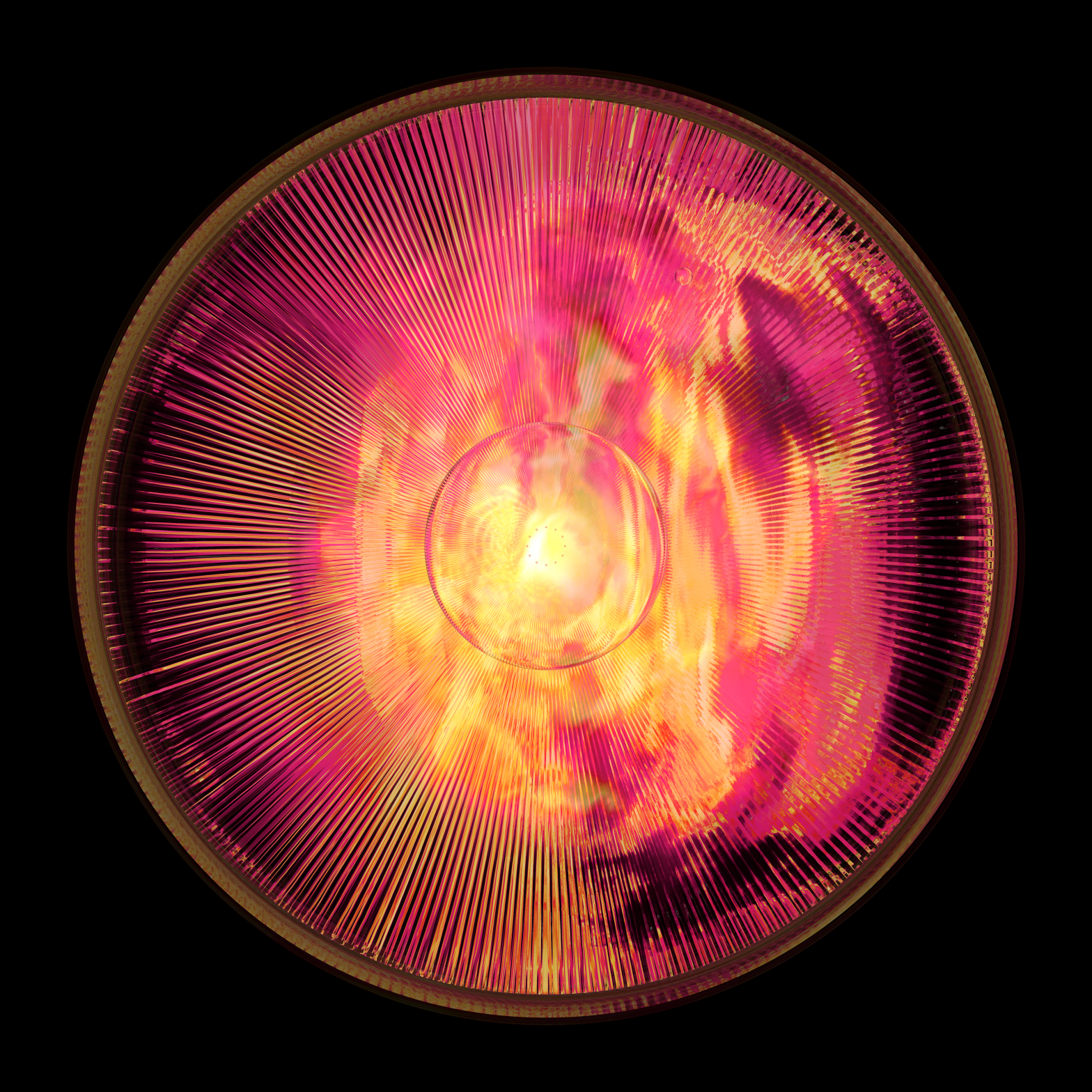 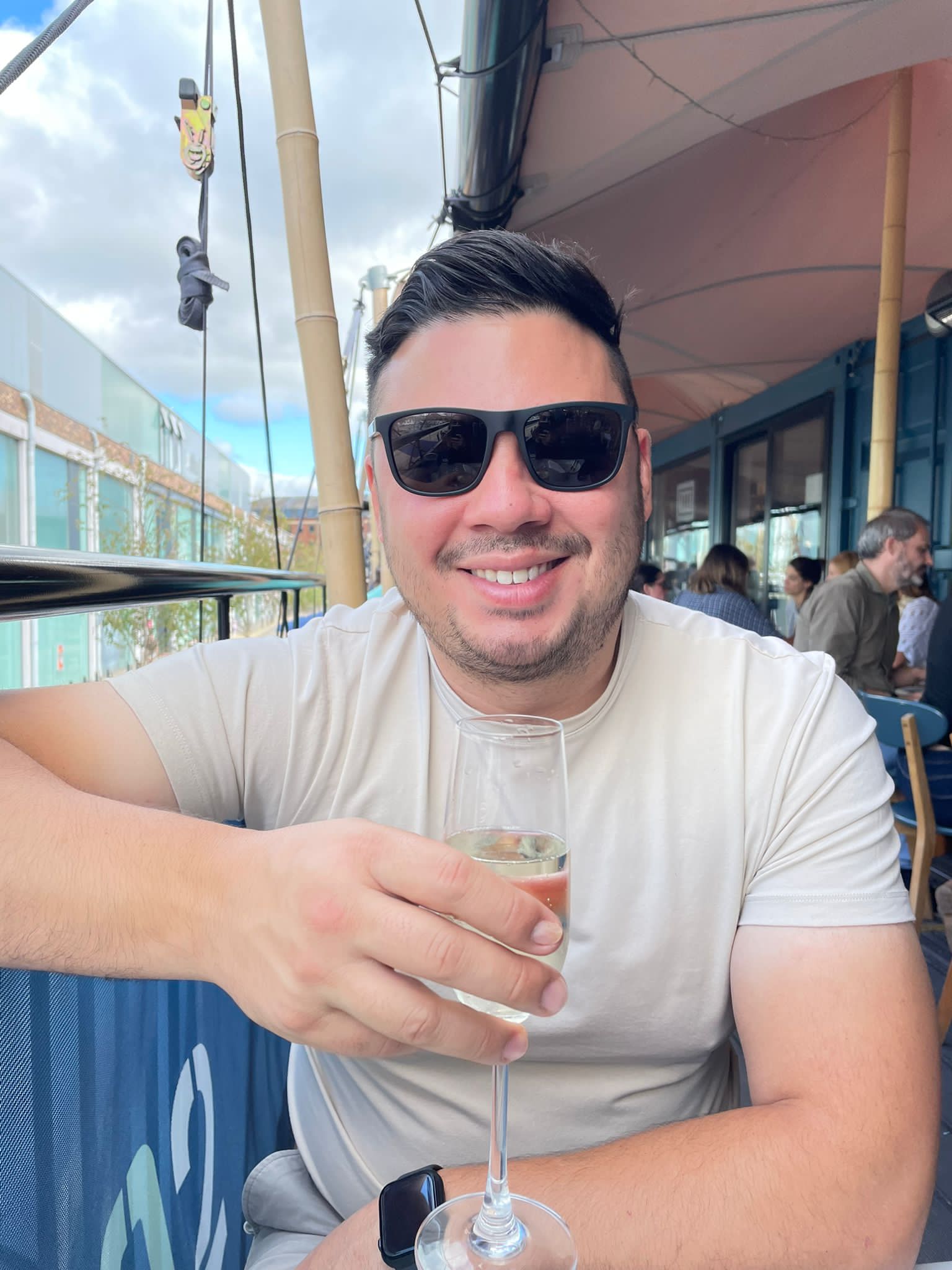