Miss Bugs was founded in the early part of 2007, originally coming from a background in photography and graphics. Working in partnership, they developed fast, spontaneous working methods, cutting and pasting existing images; ‘remixing and sampling classics’ in art to make new pieces with their own mark.

Miss Bugs began in the early days making small scale works on paper, using screen printing with hand painted elements. They then scaled the work up, making life size cut outs of characters to place in situ on the streets of London. These were left in place to become part of the cityscape and recorded through photography.

Their recent work includes larger scale pieces, incorporating laser cut planes of wood, hundreds of small component objects and poured resin. These pieces are time consuming and labour intensive, and a long way from the quickly constructed art pieces of the early days. Miss Bugs has always taken a broad and varied approach to creating work. The combining of materials and objects, alongside the way contemporary imagery can be collaged together, either by hand, through photography, or using a digital process is important.

The focus of the work has always been the human form; as Miss Bugs’ interest lies in developing ‘characters’ to tell a story. Archetypal imagery from magazines, art history and films are used as a starting point, which are then cut, overlaid and distorted to produce character portraits with an arresting graphic look. The influence of collage artists like Hannah Höch can clearly be seen in the work. The layering and placing of colour and pattern is also intrinsic to the work, and is very much a hands on element for Miss Bugs in the construction of the final pieces.

Miss Bugs have exhibited in New York, San Francisco, LA, Paris and London. Their artwork is also in a number of significant private collections around the world.

Augmented Skies: Deleted Dusk has an accompanying print release with two alternate colour-ways, Blue and Yellow that, will be released by Institut Editions on the same day.

The Augmented Skies: Deleted Dusk NFT is exclusive to Institut, and will be offered on a 'first come, first served' basis. The lucky winner of the NFT will also receive two Artist Proofs of the 'Blue' and 'Yellow' print editions, making them the sole owner of all three Augmented Skies colour-ways. 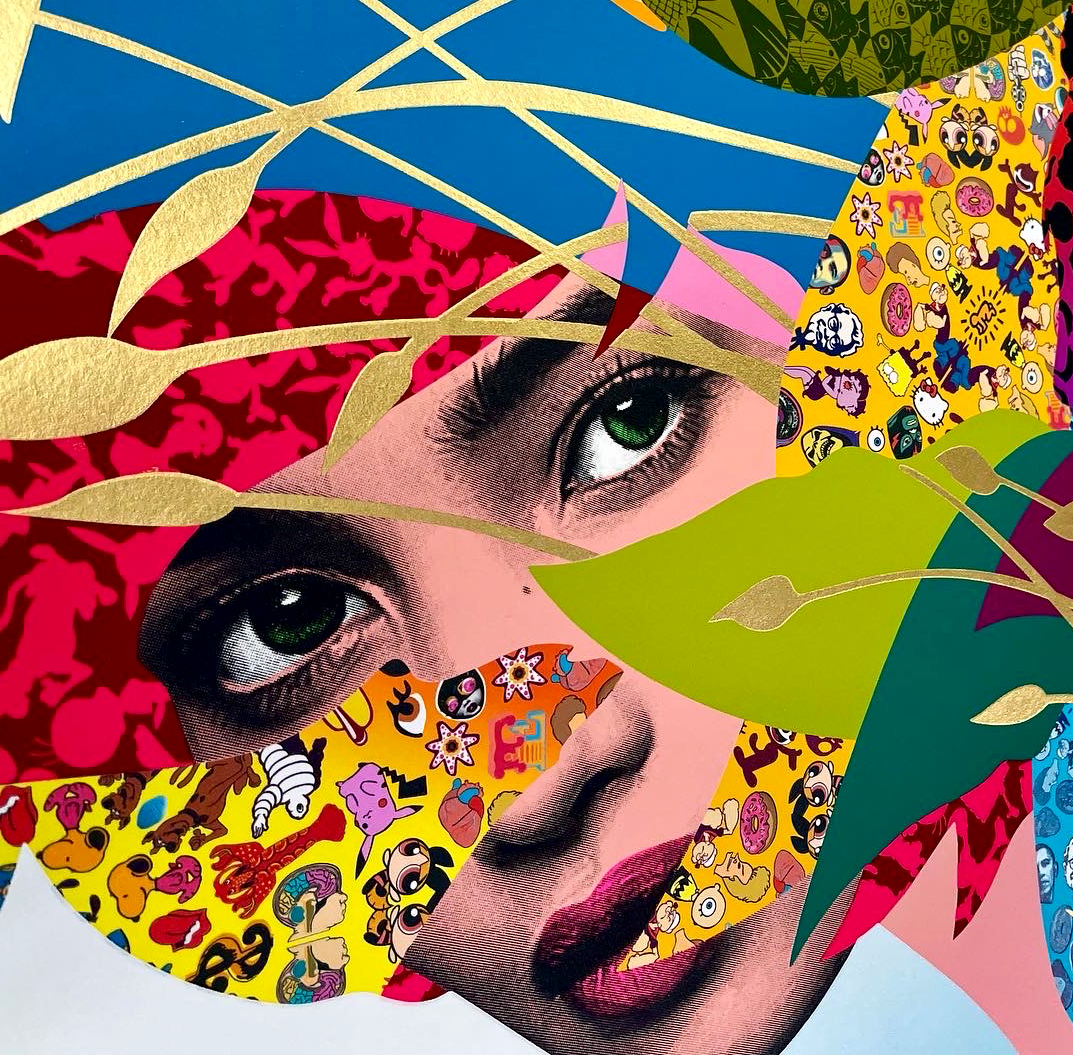