Miao Ying’s Evil Words are a Study of Language, Censorship and the Chinese Internet

Miao Ying is among the first generation of Chinese contemporary artists to grow up alongside Chinese economic reform, the one-child policy, and the internet. In fact, the internet is the dominant topic of her practice, courtesy of wry and appropriative commentary on dominant technology and internet trends in China. "Coping with her Stockholm Syndrome in relation to Authoritarianism" and seemingly often treading a thin line between having her own artwork censored, Miao's NFT drop with Institut, Evil Words, is a study of censorship on the Chinese Internet. 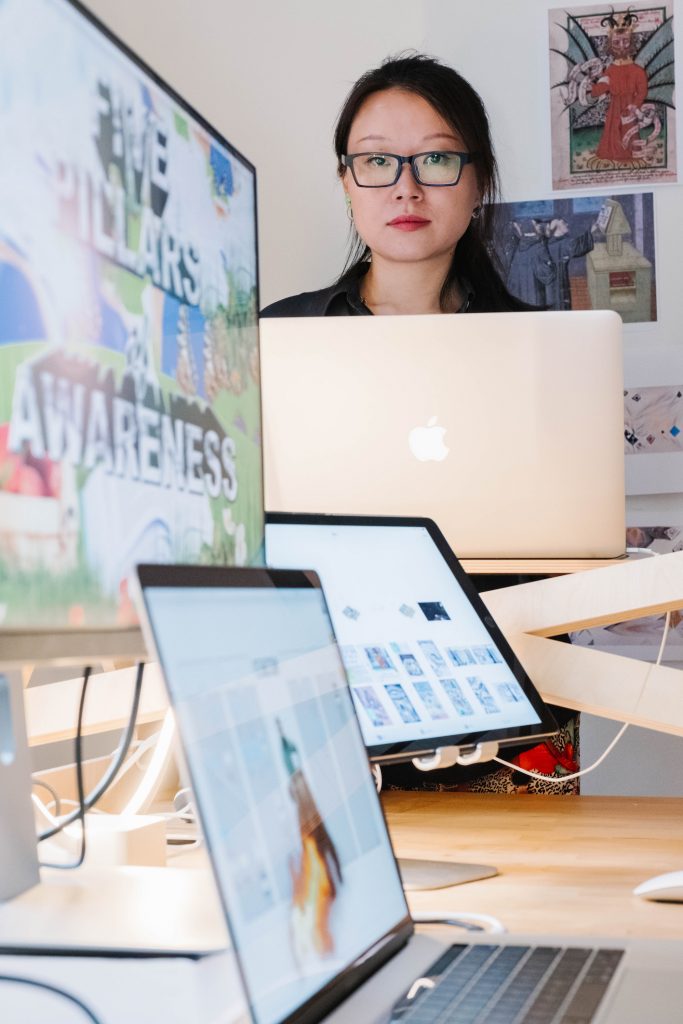 The Evil Words series are high-resolution computer generated short videos, with each NFT revealing a word that was censored by the American technology company Google across various languages in 2007. Google's slogan when Miao made the works was “Don’t be evil”, and so Miao suggests to have been censored these words must have been evil.

To make the list, Miao took on the labor-intensive task of searching every word from a 1869-page standard Mandarin dictionary on google.cn, 10 hours a day, for three months in 2007. The words on Miao's list are sometimes predictable terms related to politics or religion and at other times are surprising words that had been flagged temporarily for ambiguous reasons. Since leaving China in 2010, Google has kept its office there and has been trying to return to the Chinese market. In 2018 Google planned to launch a censored version of its search engine in China, code-named Dragonfly.

The words and phrases below are taken from the list of 2000 words that were censored by Google in 2007. This is the first time that Miao has publicly revealed the listed words that were censored by Google. Miao has produced some useful, tongue in cheek, bilingual definitions of the terms mentioned in the five NFTs here for us on Institut Editorial. We've also borrowed some insightful quotes from key interviews with the artist to give a greater sense of context to her artwork and practice. 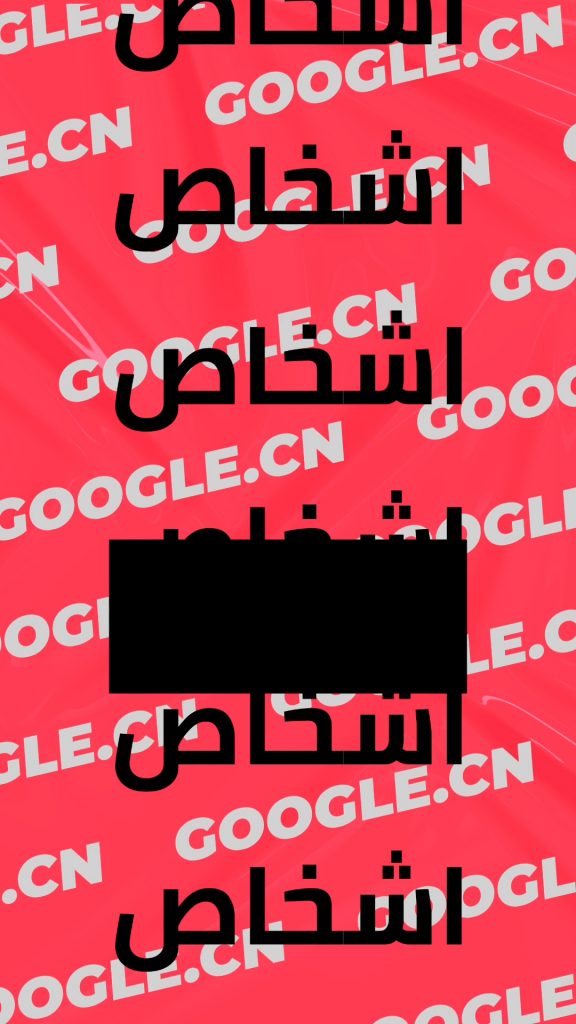 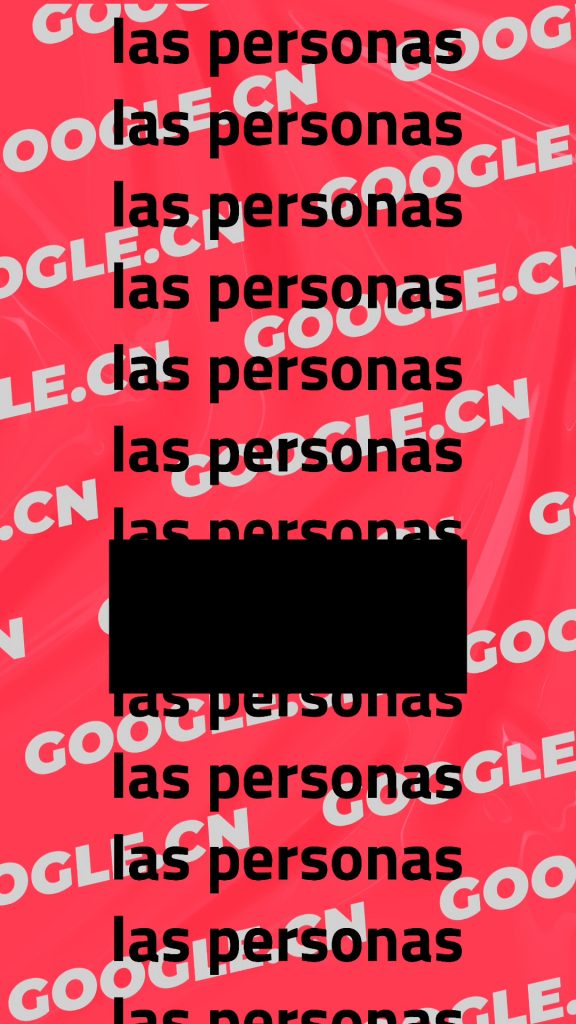 Evil Words – People
"People"
noun
1. An emphasis placed on members of a society primarily made up off the proletariat.
2. On October 1, 1949, Chinese Communist leader Mao Zedong declared the creation of the People's Republic of China (PRC).
人民
名以劳动群众为主体社会基本成员。

"Miao received her BFA from the New Media Art Department at the China Academy of Art (CAA) in 2007, and an MFA in Electronic Integrated Arts from Alfred University’s School of Art and Design in 2009. She found her time at CAA particularly inspiring: together with artists like Lu Yang, Miao belongs to the first group of new media students in China to be tutored by pioneers in the field like Zhang Peili and Geng Jianyi. The New Media Art Department, encompassing a wide range of disciplines from photography and video to animation and programming, offers a fresh approach to creative thinking, shifting the emphasis of training from refining technical skills to nurturing individual creativity." Ophelia S. Chan, LEAP, 2015. 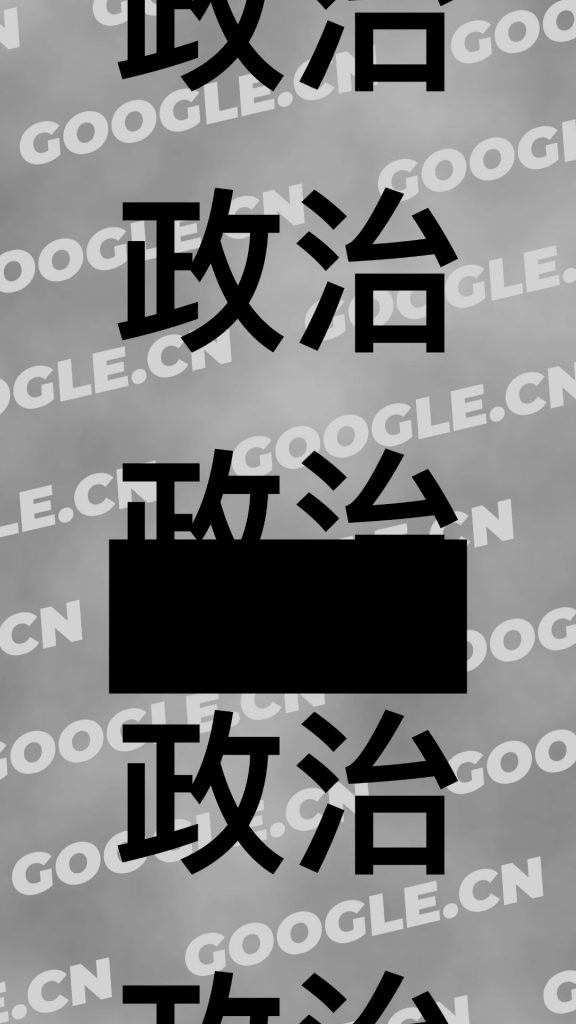 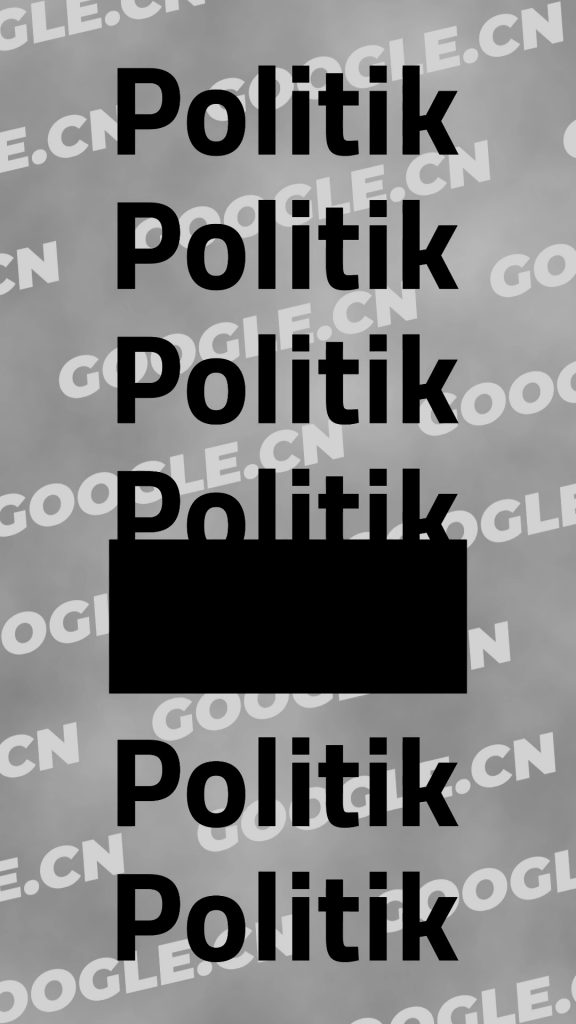 Evil Words – Politics
“Politics"
noun
1. The activities associated with the governance of a country or area, especially the debate between parties having power.
2. Activities aimed at improving someone's status or increasing power within an organisation.
“政治"
名阶级、政党、社会团体和个人在国内及国际关系方面的活动。∼是经济的集中表现，它产生于一定的经济基础，并未经济基础服务，同时极大的影像经济的发展。

"The first internet piece I made was trying to address censorship with an end goal of bringing change to it. Over the years, I feel like censorship has changed me instead. I was sad, angry, and finally accepted it, like a phase of a breakup. Censorship is like a nasty boyfriend/girlfriend you cannot tame. It's even worse than that; it's actually more like developing Stockholm syndrome—a traumatic bonding. This kind of love takes place in an isolated environment where the hostage-taker who makes the rules becomes so powerful that you gradually fall in love with them." Iona Whittaker, Rhizome, 2015. 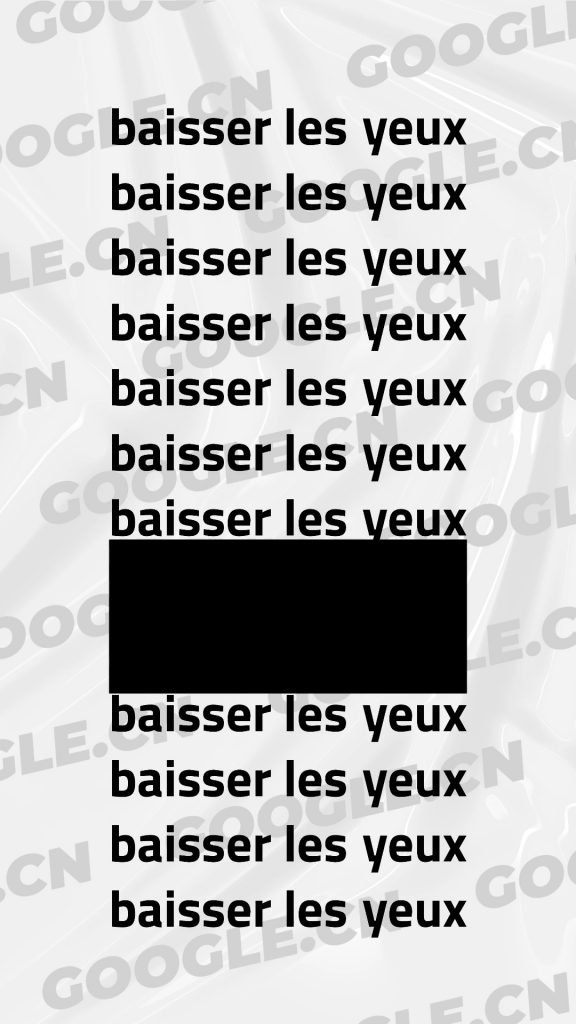 Evil Words – Look Down
“Look down”
verb
1. To be in a position that affords a downward view.
2. To regard with contempt.
“俯视”
从高处往下看 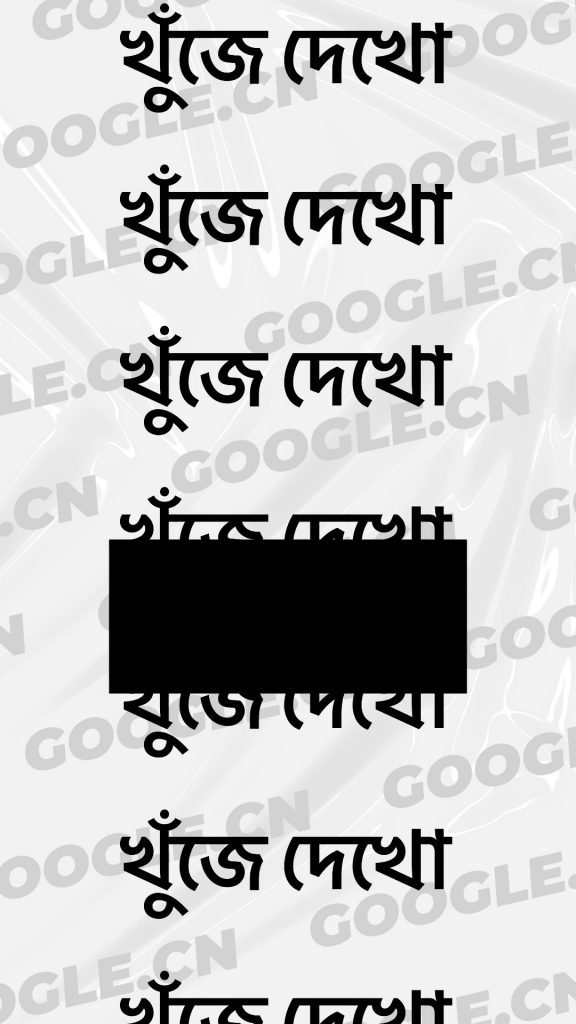 Evil Words – Look Up
“Look up”
verb
1. To raise the eyes, turn the face upwards.
2. To have a feeling of respect or veneration for.
3. To cheer up, take courage, look cheerful.
“仰视”
动词
抬头向上看

"In Miao’s Chinternet Plus (2016), co-presented by Rhizome and the New Museum as part of its ‘First Look’ online exhibition series in June, the artist lampoons ‘Internet Plus’, the Chinese government’s strategy for the transformation of major industries through big data and artificial intelligence. For Miao, the Party’s spirit of technological gung-ho is a hollow exercise in political branding. However, unlike Silicon Valley’s political lobbies, China’s internet corporations maintain their monopolies through a collaborative rather than a coercive relationship with the government. Content on the Chinternet proliferates because, rather than in spite, of its state-backed digital ecology. As such, the prospects for the implementation of big data techniques at an unprecedented scale are formidable." Gary Zhexi Zhang, Frieze, 2016. 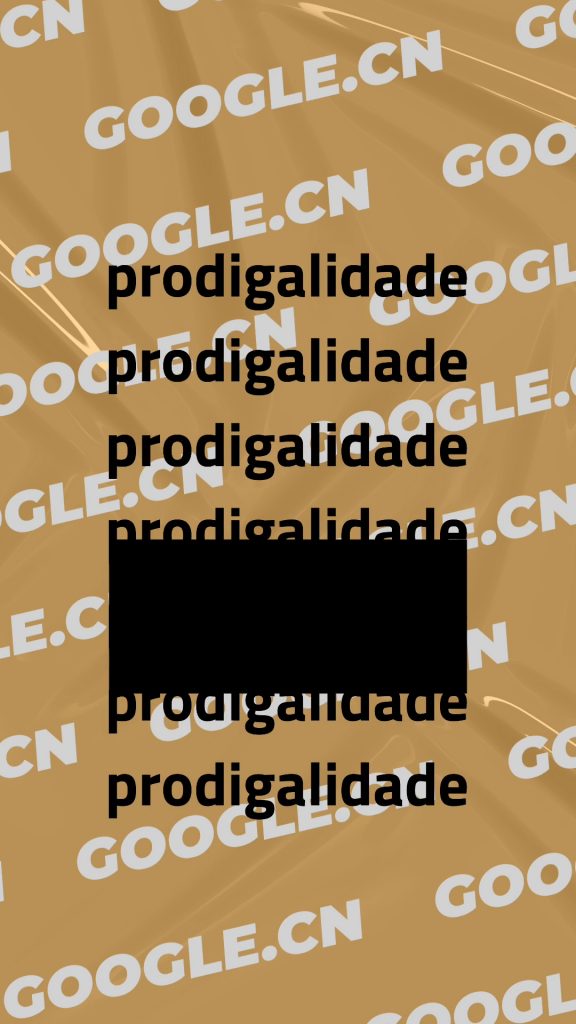 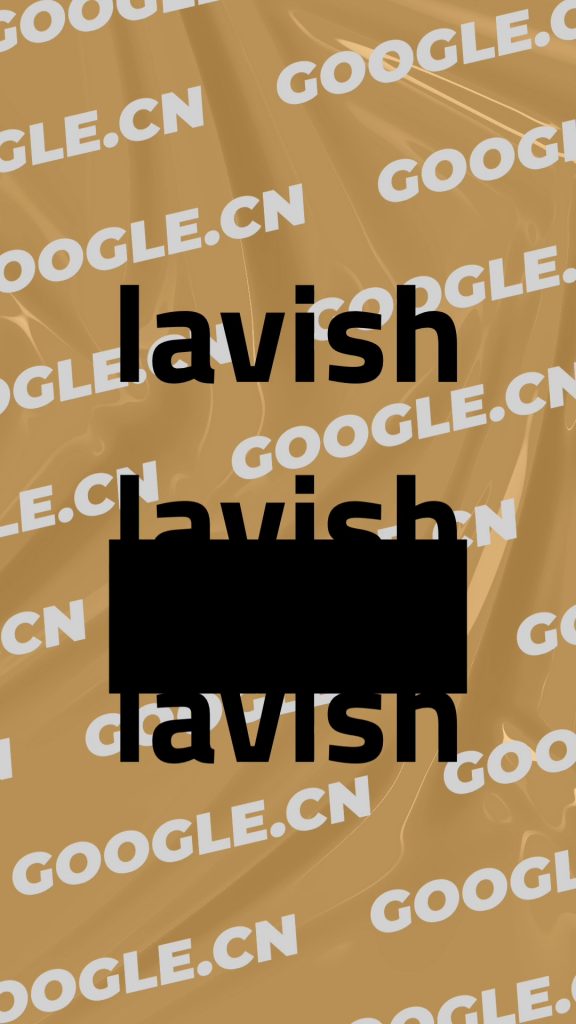 "She often, in these works, compares the compulsion and disappointment of dealing with the Great Firewall to relationships: breakups, jealousy, obsession. She’s prone to hyperbolic talk about the internet in total deadpan (“Without Google maps, I’m nothing,” she said casually at one point) and quirky metaphors to describe bonds with the Chinese internet, which she often describes in interviews as a kind of Stockholm syndrome: “You develop this bond with the person. You fall in love with them.”" Alexandra Pechman, W Magazine, 2017.