Otherworlds is a collection of visionary works by 5 artists who imagine and build intricate worlds that are just beyond our grasp. Here, Reuben Wu, Raphael Lacoste, Josh Piece, Marc Simonetti, and Ikaro Cavalcante capture greatness beyond all possibility of calculation, measurement, or imitation. Inspired by subsequent leading figures in art history such as Romantic painters Casper David Friedrich and Thomas Cole, to the Northern Renaissance painter Hieronymus Bosch, to the spirituality of Georgia O’keefe, this showcase presents scenes and studies of the sublime and pushes the limits of creativity. Find these works available on Institut and exhibited at Non-Fungible Conference in Lisbon from April 4th to 5th.

Raphael Lacoste
The main inspiration of Raphael Lacoste stems from landscape painters such as Jean-Pierre Ugarte, Caspar David Friedrich, Albert Bierstadt, and Ivan Aivazovsky. Raphael’s artistic technique, in the same vein as Romantic painters, centers on his ability to create beautifully melodramatic atmospheres, but transports the viewer to another world. In Sentinels, Raphael displays his ability to render and diffuse light. The work is filled with balance as glimmers of sunshine are juxtaposed with fog looming in the background. By creating layers to create a transparent quality, Raphael captures a sense of grandiose. Much like Romantic painters, Raphael presents an allegorical fall and growth of civilization through the emphasis on emotion and individualism as well as the glorification of the past and nature. The composition becomes a metaphysical territory without humans, leaving room for interpretation by the viewer. Monuments hidden in fog are remains of the frontier of a lost civilization and forgotten authority and fears. 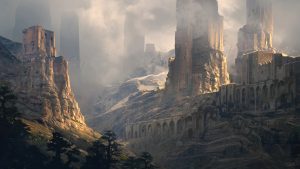 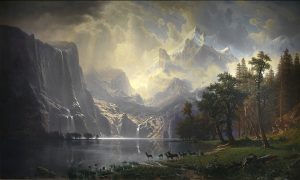 Among Sierra Nevada by Albert Bierstadt

Raphael Lacoste is one of the most prolific and renowned concept artists in the digital space. Lacoste was the Art Director at Ubisoft on such titles as Prince of Persia and Assassin's Creed. Winning two VES Awards, in February 2006 for his work on the "Two Thrones" cut scene from Prince of Persia and in 2017 for his work on "Assassin's Creed Origins". Wanting to challenge himself in the film industry, Raphael stepped away from the game industry to work as a Matte Painter and Senior Concept Artist on such feature films as Terminator Salvation, Journey to the Center of the Earth, Death Race, Immortals 2011, Repo Men, Jupiter Ascending... As of 2009, Raphael has returned to the video game industry, working as a Senior Art Director for Electronic Arts Montreal and Ubisoft, as Brand Art Director on the Assassin’s Creed Franchise. After working on many of the most successful Assassin's Creed Titles, Raphael joined some of the original creators of the Franchise at Haven Studios inc as Senior Art Director. Today Raphael in his own practice continues to create exceptional and master environments, moods, picture composition, and lighting.

Josh Pierce focuses on surreal and natural themes, evoking a sense of awe and spiritual calm with his sublime use of color and composition. Inspired by Romantic painters such as Friedrich, J. M. W. Turner, and John Constable, Pierce offers a reevaluation of the natural world and seeks to depict nature as a ‘divine creation.’ Through cloud formations and positioning, Pierce creates a plane of contemplation. The source of energy originates from the sky and the clouds become a focal point. His primary motif juxtaposes natural environments with abstract energy forms to suggest the presence of the beyond in the here and now. 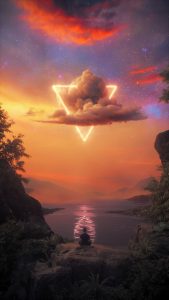 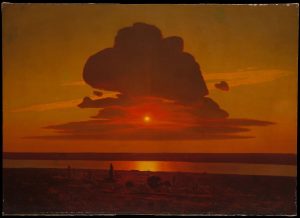 Red Sunset on the Dnieper (Dnipro) by Arkhip Ivanovich Kuindzhi

Visual Artist and Motion Graphics Art Director, Josh Pierce, has quickly become a leader in the emerging digital art space. A graduate of Rochester Institute of Technology, and Savannah College of Art and Design, Pierce is currently working as Fine Artist and Art Director in Los Angeles and has collaborated with countless well-known clients including Adobe, Elastic, NFL, the 76ers, and Grammy Winning artists, Rodrigo y Gabriela. Furthermore, Pierce has had multiple sell-out drops on platforms such as Niftygateway and Superrare, amassing a dedicated following and community.

Similar to the Dutch Renaissance painter  Hieronymus Bosch’s ‘Garden of Earthly Delights’, Ikaro Cavalcante’s ‘Intuitive freedom’ examines fate in a landscape form. A surrealist scene exists in both works, providing a base where alternatives to everyday reality are made manifest, and landscapes are transformed. Ikaro’s work features a landscape slightly bathed by the light of a central figure, a fountain-like fissure mirroring the fountain in 'Garden of Earthly Delights.' The form represents desire and free will, mixing shades and shapes inviting us to release the grip which we tightened ourselves. For this reason, Ikaro  like Bosch, create unruly images and sounds in a place of disobedience and makes their works a counter-hegemonic fissure, liberating themselves in subjectivities–bringing fulfilment of their deepest unconscious wishes. 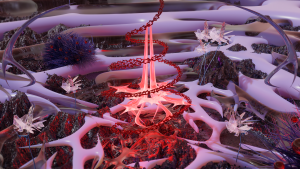 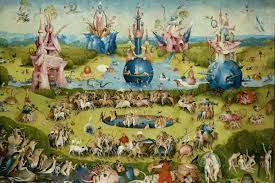 Ikaro Cavalcante is an artist based in Brazil, who works with 3D sculptures, environments, and sounds that reconstruct common spaces with their affective memory- be they virtual or physical. Scenes and worlds that they build are attempts to reproduce and experience subjectivity. In these simulations and reproductions Ikaro Cavalcante creates disobedience and liberation by creating surrealist and unruly images. It is here that they can question their existence, manifest their divine intervention, and reconcile the plenitude of existence.

Marc Simonetti
The work ‘Breakfast Disruption’ is inspired by Manet's Le déjeuner sur l'herbe while borrowing the influence of agglomeration of elements from Romantic painters such as Thomas Cole. ’ Unlike Manet, Simonetti no longer emphasizes the human subjects. The family having breakfast in the foreground is in the shadow and barely perceptible. Instead, the semi-apocalyptic and desolate cityscape becomes a significant factor in composition. The dystopian architecture and intricate volumes are accentuated by his use of light, cast on structures further away in the background, sculpting the shapes of this tangled up and bleak place. Similar to Thomas Cole’s work The Course of Empire: Consummation, Simonetti layers the landscape with meticulous details.  The landscape transcends into a fictional idealization, propelling the viewer into his own world. 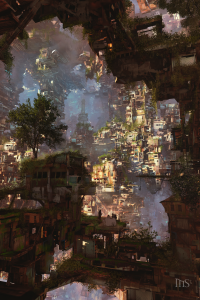 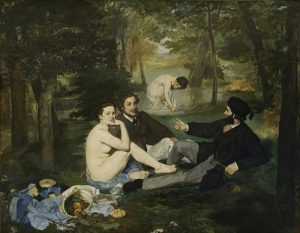 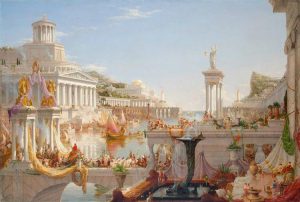 The Course of Empire: Consummation by Thomas Cole

Marc Simonetti is a multi-award French concept artist/ illustrator, who worked on movies like Frank Herbert’s Dune and at video game companies including EA and Square Enix. Simonetti is most notable for the creation of the visual ‘Iron Throne’ on the cover of 'A Song of Ice and Fire' by George R. R. Martin. In his work, Simonetti provides complexity, richness, and layering inspired by French artists such as Manet and the masters of Landscape such as Thomas Coleman.

Reuben Wu
Reuben Wu is a multi-disciplinary artist working in photography, motion and music. Coming from a background in design, he co-founded the band Ladytron, releasing six internationally-acclaimed albums as well as writing and producing music for Christina Aguilera and remixing others such as Nine Inch Nails and Blondie. The extensive touring introduced him to photography, which grew from a hobby into the career it is today. The notion of journey and discovery is central to his art, bound with his love for new technology and the opportunities it brings to modern storytelling. 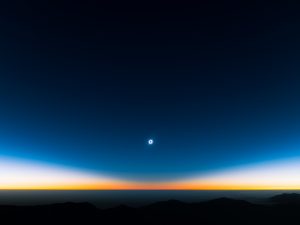