The Oddball World of Parker Day

Parker Day is a photographer known for her oddball characters. Straddling reality and fiction, Day’s technicolour photographs of strange and sublime icons revel in kink and gore. Shot on 35mm and left untouched after shooting, the artificial feeling of the images is the result of meticulous staging via makeup and props alongside patient collaboration with her subjects. Parker was kind enough to answer some questions to shed more light onto her background, work and future plans. 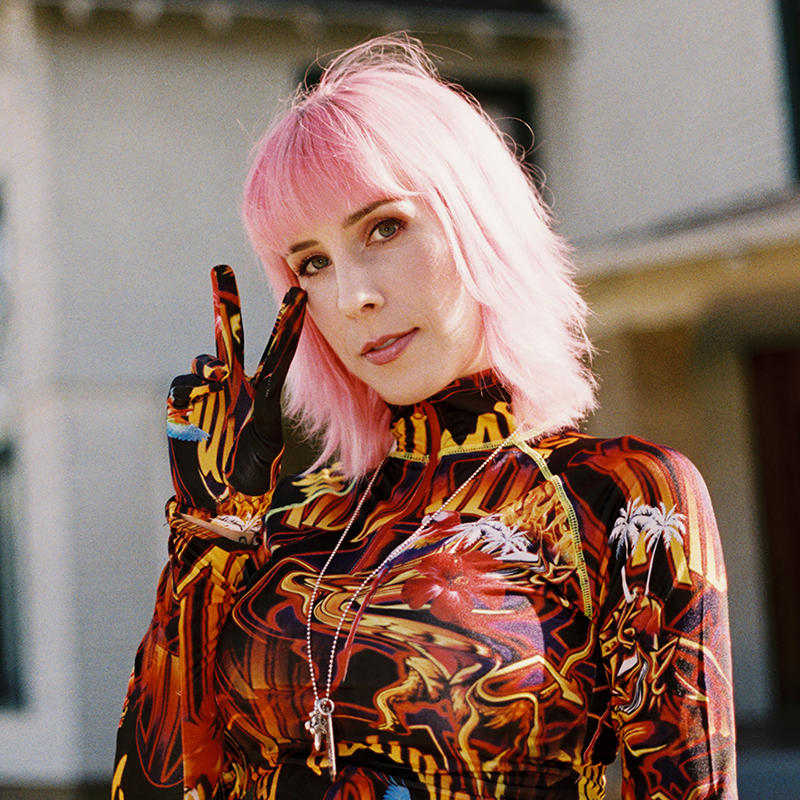 How would you describe your artistic style?
My art is full of colour and character; at once attractive and aversive. I shoot exclusively on film and love it's grain and nostalgic feel. I'm interested in presenting the unknown wrapped in a cosy blanket of familiarity so I draw upon our collective nostalgia by using familiar childhood props or by playing with pop cultural tropes.

Could you describe your working setup? What do you shoot on? Where and how do you post-produce your images?
I shoot primarily with 35mm Canon SLR cameras and Zeiss lenses though sometimes I'll shoot medium format or with point and shoot cameras. My go to are Kodak films like Ektar or Portra. I scan myself and might do a little tweaking in Lightroom and Photoshop but that's rare. In-camera capture is important to me, I almost never even crop my photos and I'd absolutely never do any skin or body retouching. Not only do I think so-called imperfections are beautiful but it's important to me to ground the fantastical elements of my photos in reality. 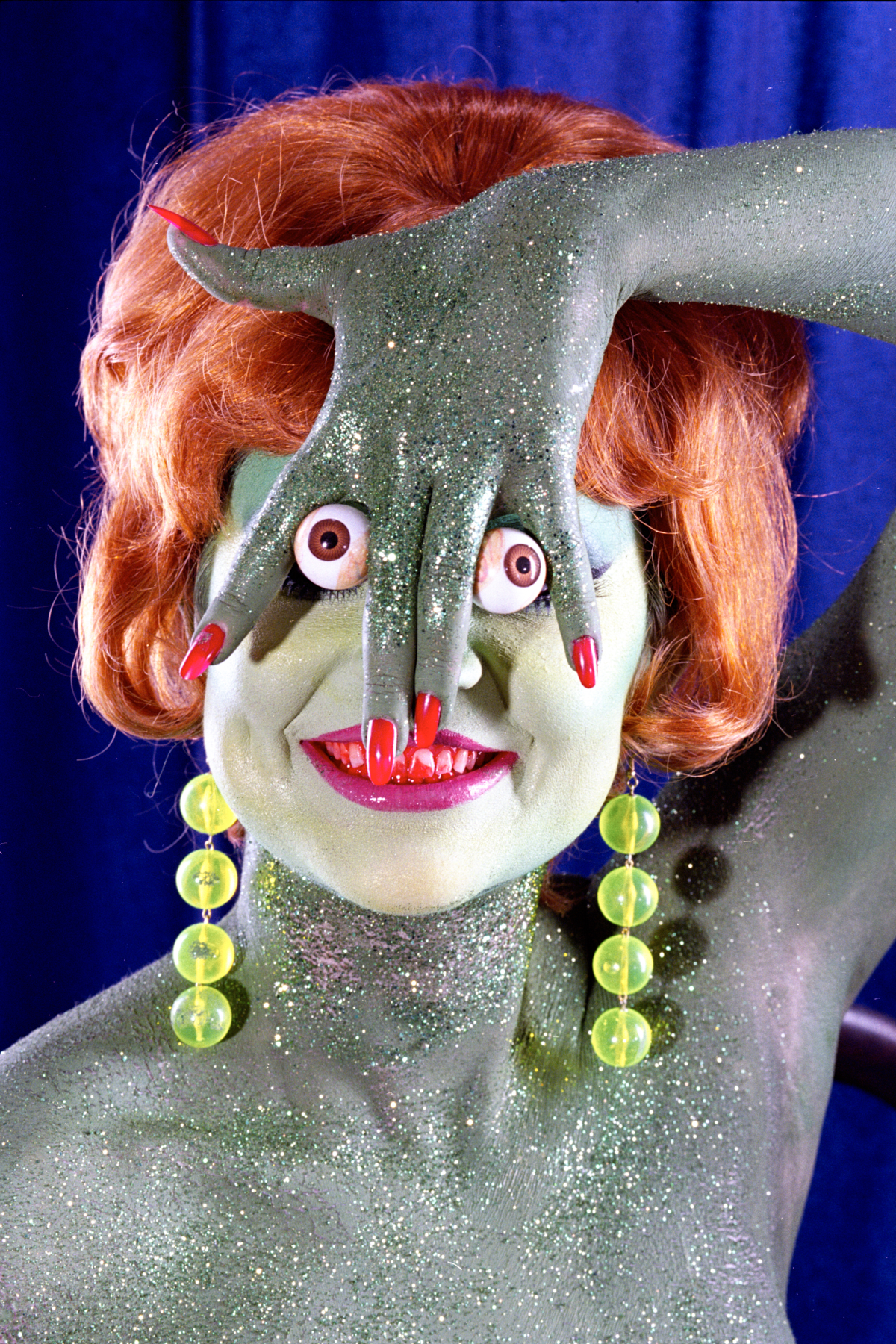 Could you talk us through the process of making Glitter Beach? What’s going on in the image?
I worked with a wonderful hair and makeup team and we were all racing against the clock to get our model Augusta glittered in time before the sun went down. At the end it was all hands on deck as the three of us were sprinkling her in iridescent glitter head to toe. We made it to the beach just as the sun was setting and I barely caught this photo in time. My idea was Augusta was an androgynous alien who landed in the Pacific and washed ashore.

What’s the overall idea/concept that you try to get across in Glitter Beach and also in the rest of your work?
This was one of the first shoots I did after I moved to LA in 2015 to pursue my photographic art career. I didn't yet have a strong idea of what my work was to be about so I was working very instinctively, simply making photos that I wanted to see. My work has developed into being about identity at it's core and that's something I approach in every series I do with a sense of play and fantasy. I'm interested in what lurks in the shadowy bits of our unconscious, the depth and breadth of who we are, and our dreams of who we might be. 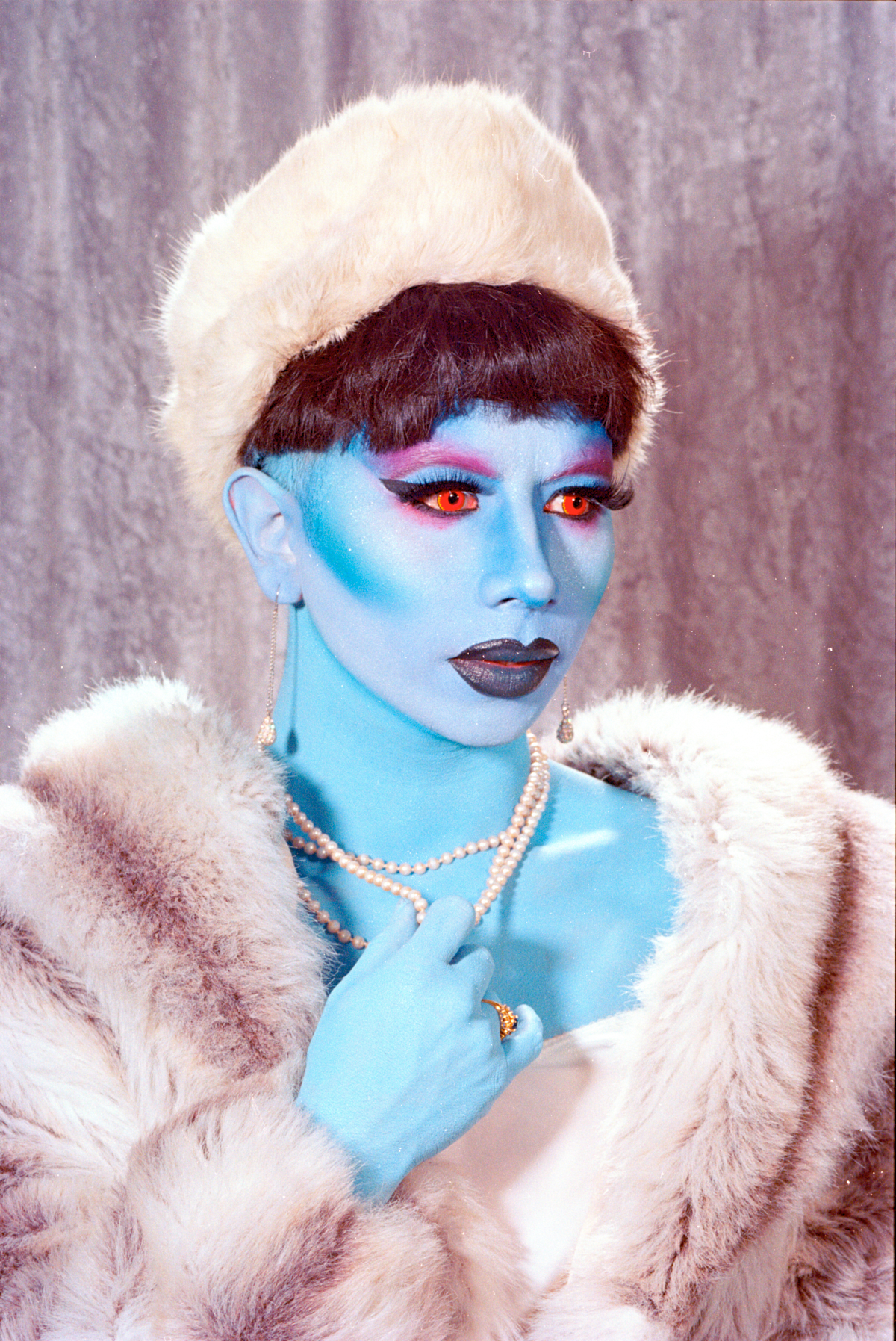 How did you get into NFTS?
I first got Bitcoin in 2014 and got into trading crypto in 2017. Casey Rodarmor, my friend who first got me into Bitcoin, suggested we put my portrait series ICONS on the Ethereum blockchain after CryptoPunks came out. At that time we didn't even have the term "NFT." I didn't feel it was the right play for my art at that time (which is something I have conflicted feelings about now!) so I didn't actually get into NFTs until last year. I've been happy to see photography finally being embraced in the NFT space.

How do you see the relationship between NFTs and photography developing over the next few years?
NFTs make perfect sense for photographic art. Especially 1/1s. Historically, photography has been treated as a lesser art form in the art world due to its reproduction and the ubiquity of the medium. In the NFT space, there's none of that! 1/1 photographs are seen as equal to any other 1/1 jpeg. Plus photos look amazing on screens. Add to that royalties in perpetuity to the artist and the provenance being on the blockchain, and it's a clear win for both artists and collectors.

I expect to see a lot more established photographic artists enter the space. In terms of the NFT market, I think the cream will always rise to the top.

Who are your favourite photographers in the NFT space?
Due to what's going on in the world I have Ukraine in my heart and incidentally many of my favourites are from there: @synchrodogs @humilevskyi @krispodobed2 @spasi__sohrani (those are their Twitter handles). 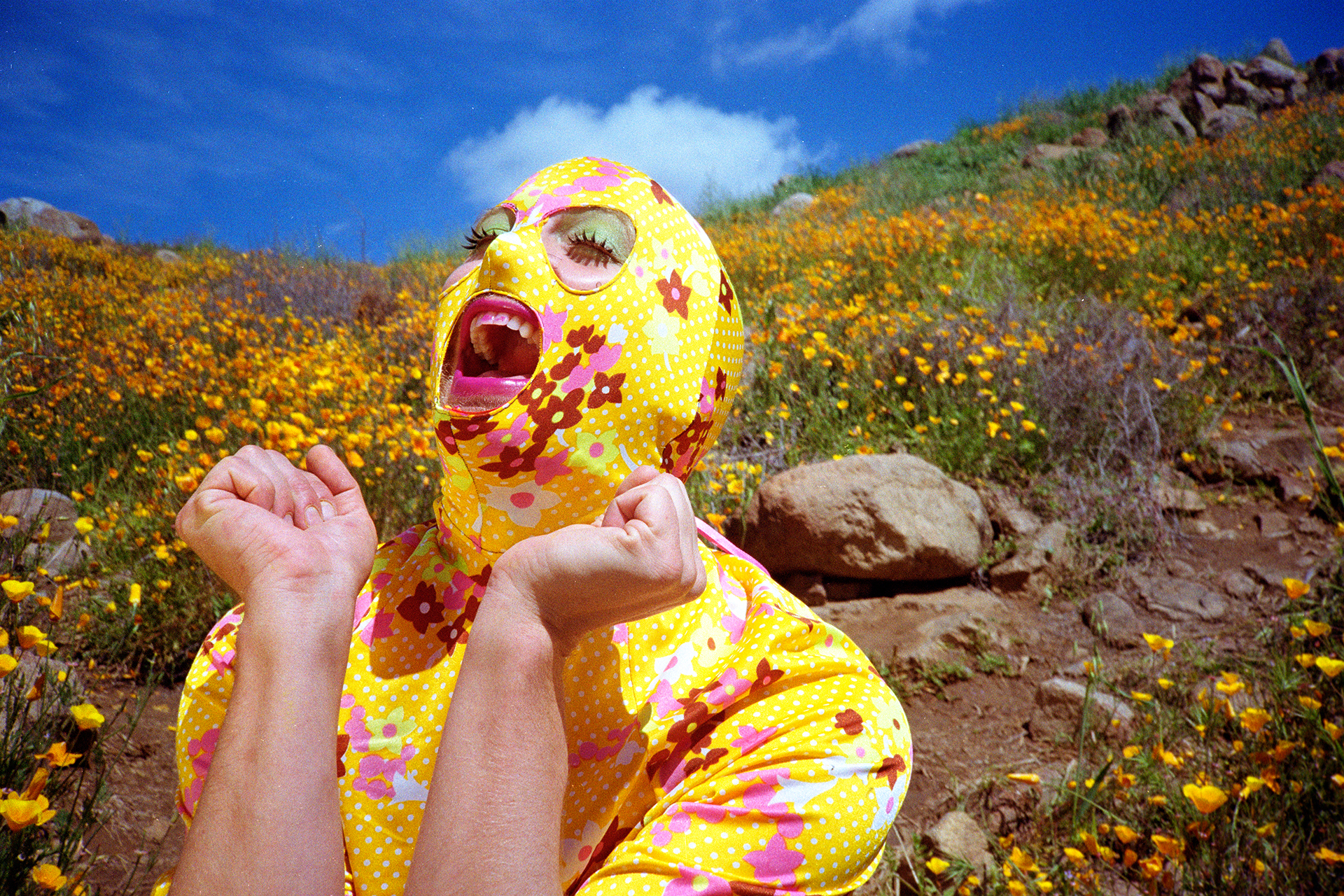 Who and what are your key influences?
I look at a lot of photography and some of my favourite photographers are Philip Lorca diCorcia, Diane Arbus, William Klein, Bruce Gilden, Petra Collins, Scot Sothern, Ivar Wigan, Moni Haworth. Beyond that the films of David Lynch and Gaspar Noe are very inspiring, and I'm really into Jungian psychology these days as well as Advaita Vedanta, a philosophical branch of Hinduism concerning nonduality.

What are three words that you think will define the world of NFTs in 2022?
I'll give you one: Resilience 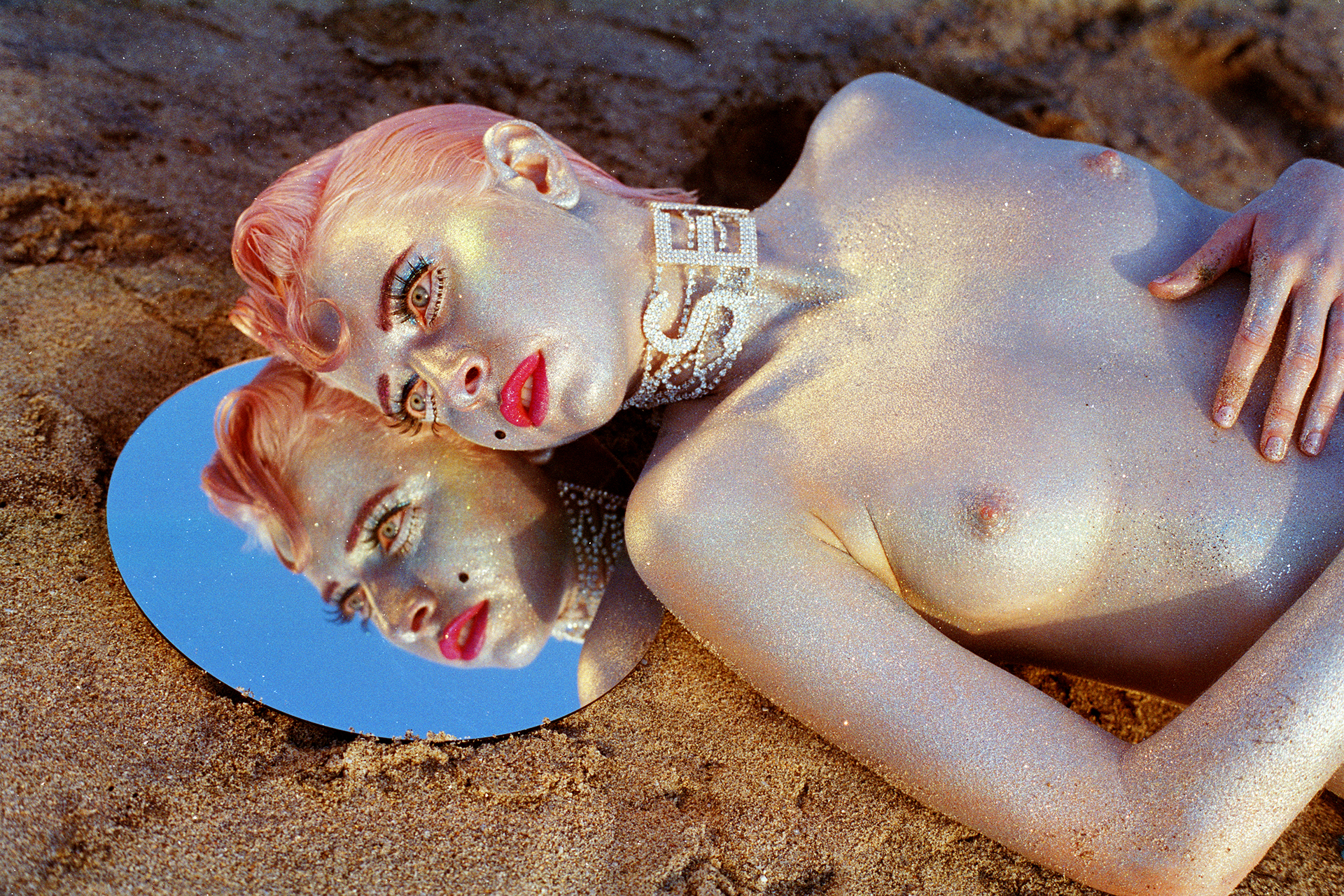